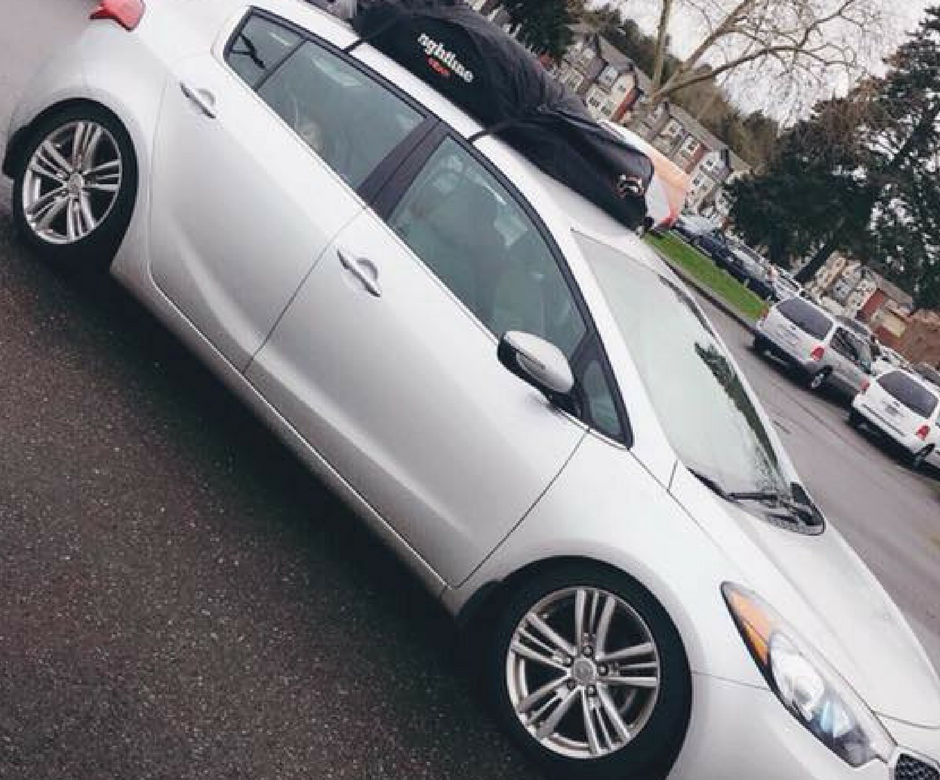 Road Trippin’ (Part One): How to Prepare & What to Pack

We are a military family, which means moving every 2-3 years is the norm. But just recently, we took our first PCS road trip and boy, was it an adventure.

It was our first long trip as a family and we had no idea what to expect. There was a lot of trial and error over the course of our 3 day drive from Washington to Arizona, so I’m writing this post to share what worked and what didn’t.

I’ll also be giving suggestions on where to stay and what to do along the route we took! This will be a 4 part post, so stay tuned for the next 3 parts!

Prepping for the Trip

In the weeks before the trip, we made list after list on what to bring along. Packing lists for the car, lists of places to stay along the way, and so on. One of the biggest things I can stress is that lists are your best friend! Nothing’s worse than leaving without something super important. For us, it was even more essential to make lists because we were moving. And whatever we didn’t pack with us in the car was going to be in storage for a month with no way of us getting to it. So yeah, make lists….no exceptions!

Okay, so this was hard for me. I’m one of those over-packers. I think about every possible scenario and then prepare for the worst. So when it came to packing, I had to be really strict on myself. Our road trip was only going to be 4 days, but we were staying in Texas for a week, flying to Tennessee, then flying back to Texas, and finally driving to Arizona. The trip was going to be a month long in total. I had to think about changes in weather, what we would be doing during our month of travel, and what we would absolutely need. I also had to factor in the fact that we didn’t know when our stuff would be available.

Also, when packing bags, pack one bag with everyone’s essentials for the duration of the road trip. We learned the first night that having separate bags for each of us was a huge hassle because we were having to lug in 4-5 bags into the hotel each time we stopped. So, have one bag that contains clothes, toiletries, and other essentials that you can just grab when you get to the hotel for the night.

Here’s what I packed for me, the girls, and our cat for the entire month long trip:

(You’ll notice I don’t have a list for my husband. That’s because he packed his bag the night before we left…..men.)

When packing my bag, I tried to be as minimal as possible. I normally wear jeans twice before I wash them, so 2 pairs was definitely enough. When picking my shirts, I chose lots of basic tees, just because they’re comfortable and super versatile. I packed 4 pairs of yoga pants to wear during the actual road trip and to also wear as pj’s. Then, a light jacket just in case and the crewneck sweater for the road trip. Enough socks and underwear for a week and 2 pairs of shoes.

As far as makeup and toiletries, I only brought the basics. For me, that’s foundation, powder, eyeshadow, eyeliner and mascara. I didn’t have a full face like I normally would, but my goal was to be able to do my makeup as quickly as possible each morning. When gathering up toiletries, I went to Lush Cosmetics and got their solid shampoo and conditioner bars and some solid soap as well. That made it a lot easier because we didn’t have to worry about anything leaking.

Now, for Elsie, we made sure she had enough clothes for a few accidents along the way. I’m really glad we planned for that because she ended up getting car sick on the first day….but more on that later. As far as entertainment goes, her iPad was enough. She mostly enjoyed looking out the window and she napped a lot too.

Which brings me to medicine. Elsie has a history of getting car sick, so we got some Dramamine and gave it to her before we got to any known curvy areas. We also bought some kid’s Melatonin tablets. Elsie’s a night owl and never naps, so we knew the off and on naps during the car ride would likely mess up her sleep. If she was still wide awake by the time we got to the hotel for the night, we would give her half of a melatonin tablet. Doing that ensured that we got the necessary sleep for the drive the next day. In addition to the medicine I just mentioned, we had Tylenol/Motrin, Neosporin, Band-Aids, diaper cream, saline spray, and our Nose-Frida. It was definitely helpful to have those things on hand. After all, a road trip is just not doable if the kids aren’t content.

For Isla, we knew the possibility of spit up or a diaper blowout messing her outfit up was strong. We made sure to pack enough clothes to account for that. If you have a little one who is still in diapers, I’d say put them in a zippered sleeper or just a onesie. That makes diaper changes a lot easier to do in tight spaces like the car and makes it faster too.

Isla is formula fed, so we packed her bottles and all of the cans of formula we had. We got a small reusable bag and put her bottles, formula, and a few bottles of water right by my feet for easy access. A lot of the times, I had to feed her as we were driving, so having everything close really helped make that easy. I would suggest pre-measuring formula and putting it into a little container so that you won’t have to fool with scooping formula in a moving car. When it came to washing her bottles, we bought a plastic travel sized bottle and filled it with dish soap. We also had her bottle brush with us. Every night after we got settled in the hotel, I would wash out her bottles in the bathroom sink to make sure they were ready for the next day.

I’m not gonna lie…..I was so stressed about having to travel with our cat. We had flown with her before but a 4 day road trip just seemed impossible. When packing for her, I just got what she uses every day. We had a specific bag for her things that we would take into the hotel each night. I put her food in gallon sized Ziplock bags and we only fed her once we were at the hotel (this is super important, because cats can get car sick just like humans).

One thing I can’t stress enough is to divide the litter into portions just big enough to fill the litter box. We didn’t do that and ended up lugging a full bag of litter into the hotel every night. Also, buy a cheap litter box and scoop to use in the hotel and be sure to bring small trash bags to put the used litter in.

Making sure your car is ready for your trip is one of, if not the most, important things. After all, you’re going to be spending a lot of time in it over the course of your trip. Our car is pretty new, so we didn’t have to do much to get it ready. We changed the oil, replaced the headlight bulbs, and printed out all of our current registration and insurance paperwork. Because our car is pretty small, we chose to get a rooftop cargo carrier so we could free up some cabin space.

Before you set out on your trip, you need to map out your route and stops. The easiest way I’ve found to do this is by using a website (or app) called Roadtrippers. You simply enter your starting point and your destination and it will give you routes complete with suggestions for hotels, food, and even fun stops along the way. But don’t get too stuck on the “plan”. Things happen, and you may not reach your stopping point for the day. Also, planning stops for gas is extremely important. Pay attention to your car’s typical MPG so you’ll know how many miles you can go on a full tank. Our car gets around 300 MPG, so we stopped every 3 hours for gas. But keep in mind that your car may get less MPG due to the extra weight of your luggage.

We had planned on driving 8-9 hours each day, but we didn’t realize how long the stops would be with our girls. It wasn’t as easy as filling up the tank and getting back on the road. We had to change diapers, feed the baby, and get food ourselves. So, if you have kids, definitely account for that extra time at each stop. Also, when planning stops, try to find “all-in-one” places, such as travel centers. It’s much easier to get everything done at once rather than having to drive to multiple places for gas, food, and restrooms.

When you plan out your hotel stops, be sure to check ratings, the area you’re in, and that it’s pet friendly (if you have pets). The first hotel we stayed in was super sketchy and it definitely wasn’t fun staying the night in a place where none of us felt comfortable. Unfortunately, it was the only hotel in the area, so we had to settle. Another thing that’s good to do is to scope out hotels every 2-3 hours along your route. It’s safer to know where you can stay if you have to stop early, since hotels can be sparse along certain routes.

I also advise against making reservations ahead of time, unless you know for sure you can make it to your nightly stop. Like I mentioned above, we had planned stopping for the night after 8-9 hours of driving, but the first day we only ended up driving 7 hours. You take somewhat of a risk when you don’t make reservations, but there are usually a few hotels in each town. As long as the area isn’t a popular travel spot, you should have no issues finding a place for the night.

In the next part of this series, I’ll be sharing the route we took, hotels we stayed at, and the things we did along the way.

Stay tuned for parts 2-4 in the next few weeks!