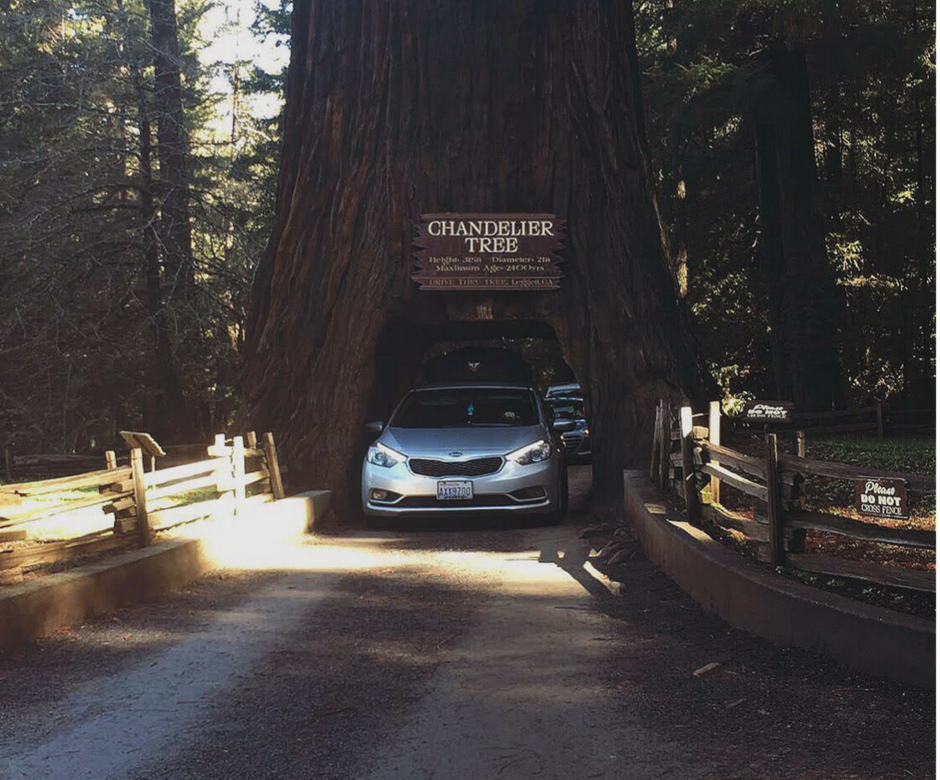 Part two of my “Road Trippin'” series is here!

In this post I’ll be covering the first day of our trip:

Our road trip began in Tacoma, WA. Our goal was to make it to Eureka, CA before dark. Unfortunately, we left a bit late, so we didn’t arrive quite on time, but who is ever on time with kids?

Here’s the route we took:

We ate breakfast before we left, so our first stop was right before Salem, OR, to eat lunch and get gas. From there, we went to Grants Pass, OR, which was our second stop of the day. It was a pretty easy drive up until we cut across to US-199 after Grants Pass. By then, it was very dark, and the roads were curvy (something we hadn’t thought about before choosing this route). Our oldest daughter gets car sick and while we had Dramamine on hand, we were caught off guard by the curvy roads, so she ended up getting sick.

If I had to do it again, I would avoid cutting across to the coast after Grants Pass. The idea of going down the coast was  nice, but we left entirely too late to be able to see anything and the curvy roads were a bit stressful in the dark. Not to mention that because we were practically in the middle of the forest, there were no places to stop if we needed to.

We made it to Eureka, CA at around midnight. That definitely wasn’t the plan, but after leaving late and having to stop to clean up vomit, we were thrown way off schedule.

*We stayed at the Red Lion Hotel because our cat was traveling with us. I’d say it was a decent hotel; the room was okay but it was pretty noisy outside (lots of people walking around for some reason). We didn’t eat breakfast there, so I can’t comment on how the food was. Overall, I would rate it a 3 out of 5. If you’re looking for a really nice hotel, this wouldn’t be it. But if you just need a place to crash for the night, this will do the job.

Because of our late start, we didn’t stop to see anything, but there are lots of cool places along the way.

And there you have it. Stay tuned for part three, where I’ll be sharing day two of our road trip: Eureka, CA to Paso Robles, CA.